Ali Roba was born on early 1970s in Mandera,

3. He studied in Kenya Utalii College, Delta Qualiflight School of Aviation in Fort Worth Texas, Kenya School of Flying among other institutions.

2. January 2009 – December 2012: He was appointed to the position of the Chief Pilot of DAC Aviation (EA) Ltd In charge of the core business of the company in over 12 different countries. Head of flight operations. The accountable manager of operational control functions which are the key functions of aviation companies.

Under power sharing negotiated democracy within the clans in Mandera county, the elders resolved that Roba, former Senator Billow Kerrow, all the five former MPs and 18 former MCAs should not seek reelection to pave way for rotational leadership amongst the 20 Garre subclans.

Roba turned a deaf ear and said the power to elect leaders rests with the people and not the elders.

“We cannot dismiss good leaders for cultural practice and if we do so, people are going to misuse the elective posts as they will be accumulating wealth for the five years they are in office, knowing they do not have a second chance,” he said. 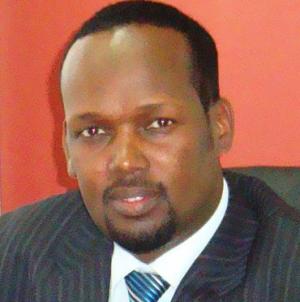