He has put up his home at the Salama area of Elburgon where he lives and engages in agricultural activities. 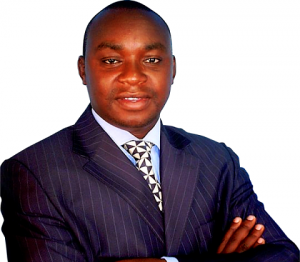 Later he took a Post Graduate Diploma in Petroleum Engineering at the University of Salford, Lancashire in the UK.

While still in Kenyatta University Hon. Macharia served as a tutor at Egoji Teachers Training College as part of his University Internship.

Later he took up a job as a librarian and also a History and Government teacher at St Patrick’s Hill International School in Nairobi.

Afterwards, he joined Pearson Education popularly known as Longman Kenya as a temporary rep and rose to the position of country sales director. It was while at Pearson that he started the most massive books project in Molo District that saw all schools receive free books estimated at Ksh. 12.2million.

After leaving Pearson, he went into private business in the areas of communication and petroleum distribution.

After University he served as the Deputy National Coordinator of Young Democrats in the Democratic Party of Kenya – DP.

In 2002, he went full throttle for the MPs seat in Molo Constituency but lost narrowly to Macharia Mukiri.

The 2002 loss did not deter him from continuing with politics, he contested again in 2007 for the same Molo MPs seat but still lost in the primaries to Hon. Joseph Kiuna.

In 2013, all his political arsenal was put to work and he beat all his contestants in the TNA party to emerge the Hon. MP for Molo Constituency.

In 2017, he lost the Molo Constituency elective seat to Hon. Kuria Kimani.

Jacob Macharia in the National Assembly

He serves in the following committees of the National Assembly;

Hon. Jacob Macharia made a name for himself when he categorically said that he will oppose the bid to remove the Salaries and Remuneration Commission ( SRC) for slashing MPs pay. He was also opposed to the increasing of MPs’ pay. He was among the few other MPs who stood on the side of mwananchi during that sad history of the 11th Parliament.

Hon. Macharia’s parents were squatters in Molo Division. After the squatter village was brought down they settled at Kwa Elijah Farm in Turi Division. Turi Division is known worldwide for being the location where the famous international School, St. Andrews School, Turi is located.

Later his parents moved to Milima Mitatu Farmer’s Cooperative Society where a Good Samaritan gave them his share to occupy and they engaged in peasant farming.

The late senior chief Thogoto rescued his parents from landlessness and allocated them a government common land to settle.

Hon. Jacob Macharia is married with children. His home at the Salama area of Elburgon Town.