Justice Alnashir Visram was born in Kisii Kenya in Early 1950’s. He is a third-generation Kenyan. His grandfather came to Kenya from India at the end of the 19th century, at the age of fifteen.

Justice Alnashir Visram went to Kisumu Boys High School, where he completed his ‘A’ Levels before joining the University of Nairobi.

In 1972, he was part of the first graduating class of the newly established Faculty of Law of the University of Nairobi.

He was admitted to practice law in Kenya in 1973. But in 1975, he started a new life in Canada where he enrolled for a second Degree in law at University of British Columbia, Canada – UBC. He graduated in 1978.

In 2006, he graduated with a Master’s degree in international law from the University of Nairobi. 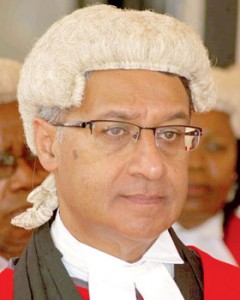 After graduating from the University of Nairobi in 1973, Justice Alnashir Visram practised law for two years before leaving for Canada.

After Graduating from UBC he took up a job in Aga Khan University in Pakistan for three years. After the contract ended, he was offered the position of CEO at the Aga Khan Foundation (AKF) in Kenya, a job he held until 1992.

In 1999, he was appointed a Commissioner of Assize by the judiciary, essentially to help clean up a huge backlog of cases.

In 2001, He was sworn in as a judge of the High Court of Kenya by the president of Kenya.

In April of 2009, he was elevated to the Court of Appeal which was the highest court in the land at that time.

Justice Alnashir Visram judged several cases that left the country dumbfounded. These are some of the cases.

Justice Visram grandfather came to Kenya from India at the end of the 19th century, at the age of fifteen. They settled in Kisii Town where Justice Visram was born.

Justice Visram has one wife and two children one of whom is a lawyer and graduated from the University of Kent, UK.