He is also the cousin to Lawyer Mutula Kilonzo the personal lawyer to Kenya’s Second President Daniel Arap Moi.

Justice Philip Waki qualified from the University of Nairobi with a Bachelor of Laws (Hons) Degree in 1974.

He was admitted to the Roll of Advocates in Kenya in 1975 after professional training at the Kenya School of Law.

For twenty years after he was admitted to the Roll of Advocates in Kenya in 1975, he was in private practice in all Kenyan Courts until he joined public service upon appointment by the President of Kenya, on the recommendation of the Judicial Service Commission, as a Judge of the High Court in October 1995.

After eight years, in June 2003, he was promoted to the Court of Appeal which was the highest court in Kenya until the Supreme Court was created under the Kenya Constitution, 2010.

Justice Philip Waki is currently serving as the Presiding Judge of the Court of Appeal in Nyeri.

After closure of the court in December 2013, Justice Waki was appointed by the UN Secretary General to serve as a Judge of the Residual Special Court for Sierra Leone and was elected by the plenary of Judges of that court as President of the court. 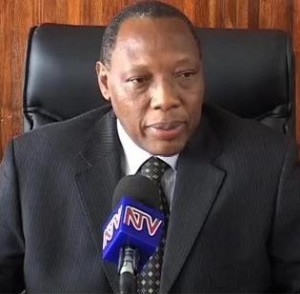 Justice Waki was, in May 2008, appointed by the National Dialogue and Reconciliation Team and the President of Kenya, to chair an international Commission of Inquiry into Kenya’s post election violence, often referred to as the WAKI COMMISSION.

In October 2008 he submitted a comprehensive report to President Kibaki and Dr. Kofi Annan, the head of the Panel of Eminent African Personalities who mediated the conflict.

The report, which was adopted by Parliament, was a key foundation of Kenya’s reform process leading to a new Constitutional dispensation.

Fortunately or unfortunately all the individuals mentioned in his report were acquitted by the ICC.

Having been born in 1949, by 2016 Justice Philip Waki will be 67 years old. The mandatory retirement age for judges and magistrates in Kenya is 70 years, so we will wait and see if he will be interested in the vacant seat of Supreme Court Chief justice after Chief Justice Willy Mutunga opts for early retirement on 20th June, 2016.

He was married for 34 years to one wife who passed on through breast cancer in April 2013.

He has three sons, one daughter, two daughters–in-law and two grandsons. He has also brought up three orphans past university levels to gainful employment.

In his career, Justice Philip Waki has been an active member of

Data not yet available