Cecily Mbarire full name is Cecily Mutitu Mbarire. She was born on December 26, 1972 in Runyenjes in Embu County.

She is a former MP for Runyenjes Constituency in Embu County. She had been the area MP from 2007 until 2017 after defeating martin Nyaga Wambora in 2007.

In 2007 she vied on a PNU ticket and in 2013 she retained that seat on The National Alliance (TNA) party ticket.

From 2013 to today She is the Chairperson of Kenya Women Parliamentary Association (KEWOPA).

From December 2005 to December 2007 she was an Assistant Minister in the Ministry of Transport.

From April 2008 to 4th March 2013 she was an Assistant Minister for Tourism in the coalition Government.

In the National Assembly she is a member of the Departmental Committee on Public Works, Roads & Transport from March 2013.

Cecily Mutitu Mbarire was a Secondary School Student at Sacred Heart Kyeni Girls High School Embu. She later pursued Bachelor of Arts (Political Science) at Egerton University as an Undergraduate Student. She also pursued a Post-Graduate Diploma in Gender and Development Studies at the University of Nairobi.

Cecily is married to Denis Apaa. He is a man from Teso County. They have children together

In June 2015, a man charged in Embu for calling Cecily a prostitute and also threatening to kill her. Arasto Gitonga Mwita, who appeared before Senior Resident Magistrate Paul Nandi, denied the allegations.

The court was told that on May 30th, 2015 at Kanja South sub location, Embu County without authority threatened to kill Cecily Mbarire through a mobile text which was written, “Nitapanga njama u die like MP Muchai. I Promise u, u will not see the next election (I will ensure that you die like MP George Muchai. I promise that you will not live to see the next election).”

The same guy had also sent a message to Mbarire saying; “Usichukue simu maraya ya mwanamke, loosely translated as Do not pick my calls you prostitute.” 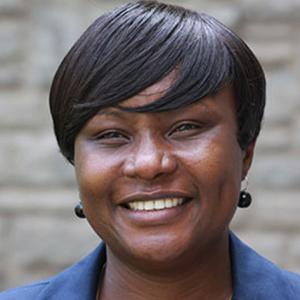 The leaders said the MP has a wealth of experience, was among the most trusted by President Uhuru Kenyatta and has frequently been consulted on various matters.

“Ms Mbarire has performed well as an MP and has developed her constituency. She should be taken to the next level,” said Mr Kivuti, who is also the Embu Senator.

Prof Kindiki said Ms Mbarire can be relied upon to get a solution in the face of a crisis.

This has however not gone down well with Governor Martin Wambora who claimed that Runyenjes MP Cecily Mbarire should not be voted in to replace him in 2017 as she was married outside the county. She is married to Denis Apaa who hails from Teso County.

“If elected as governor she will direct the county’s wealth to Teso where her husband’s originate from… We don’t want Embu’s wealth to be taken elsewhere,” said Wambora in March 2016.

Wambora further claimed that Cecily Mbarire had surrendered her rights of being and indigenous resident after her marriage to an outsider.

Cecily Mbarire fired back terming the governor’s statements as petty, selfish, and desperate and immature.