Jackton Ojwang attended Anjego Primary School in Migori. He later joined Homa Bay High School where he sat for his O-Level exams in 1968.

He then went to the Thika High School where he sat for his A-Level in 1970. This is where he started thinking seriously about the elite careers such as law.

After High School he joined University of Nairobi between 1971 and 1974 for his undergraduate degree in Law. He proceeded with his master’s degree in Law at the same university and graduated in 1976.

He flew to the UK to study at Downing College of Cambridge University for his PhD in Law between 1978 and 1981. 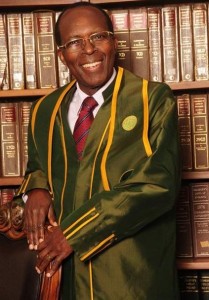 In 2012 Jackton Ojwang was appointed to the inaugural Supreme Court in June 2011.

He joined the Judiciary of Kenya in 2003, serving as a high court judge in Nairobi and Mombasa until 2011.

Ojwang was admitted as an advocate of the High Court of Kenya in September 1983.

He served as a Lecturer at the University of Nairobi School of Law from 1976 to 1983.

From 1983 to 1987 he served as a Senior Lecturer at the University of Nairobi School of Law and also as an Advocate of the High Court of Kenya.

Jackton Ojwang became a Full Professor of Law and from 1987 to 1990 he became an Associate Professor at the University of Nairobi School of Law. 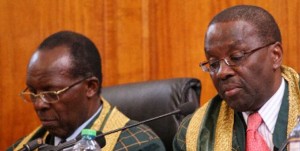 Jackton Ojwang was appointed as an Associate Justice to the inaugural Supreme Court on June 11, 2011. He was one of the six judges who dismissed the presidential election petition of March 30, 2013.

Following the early retirement of Chief Justice Willy Mutunga as the President of the Supreme Court of Kenya in June 2016, Many would want Jackton Ojwang to eye that coveted seat. But since by June 2016 Jackton Ojwang will be 66 years old, he will be unfit to successful hold that seat to full term because by 2020 he will attain the mandatory 70 years retirement age of judges.

Prof Colleta Suda is a renowned scholar and a member of Orange Democratic Movement (ODM). She tried in vain to run for an electoral seat in Migori County but failed.

Jacton Ojwang has had a long time career in the academic, legal and Judicial fields. Apart from the numerous books he has written and the current salary and allowances from the Supreme Court totalling to Ksh. 1,082,528, no other investments have been revealed.