Justice Sichale was born in 1958 in Trans Nzoia County in the Western part of Kenya. As at 2016 she was 58 years old. In the professional circles, she is referred to as Hon. lady Justice Fatuma Sichale.

Justice Sichale attended Kapsabet Girls School before joining Alliance Girls for her A’ levels between 1976 and 1977.

She then proceeded to University of Nairobi in 1981 for her Bachelor of Laws degree.

She was admitted to the Roll of Advocates in 1983 and subsequently worked as a magistrate. She was later promoted to resident magistrate until 1987 when she went into private practice in Kitale and Nairobi. 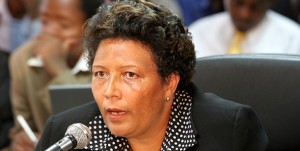 She joined KACC through the board in 2003 when she was appointed the vice-chairman. In August 2004, she was picked by Aaron Ringera and appointed an Assistant Director in the Kenya Anti-Corruption Commission (KACC), rising to deputy director in 2005. She resigned from KACC in October 2009.

Prior to this appointment, Justice Sichale served as a council member of the Law Society of Kenya, as well as on the council of FIDA (K).

Her salary as the assistant director of KACC was Sh1.7 million-plus other entitlements.

Details pertaining to the family of Hon. Lady Justice Sichale have not yet been finalized