Mutava Musyimi was born on 5th June 1952 in in Riakanau village, Embu County.

He is a former Member of Parliament for Mbeere South Constituency serving from March 2013 until 2017. He had been elected on The National Alliance (TNA)  party ticket in the Jubilee Alliance Coalition. He was defeated in the 2017 general elections by Geoffrey Muturi.

From 2007 – 14th January 2013 he was the MP for Gachoka Constituency in the Party of National Unity (PNU). He ran against Joseph Nyagah and won, defeating the fifty (50) year old hold the Nyaga family had on the constituency.

In 2011, Mutava declared his intentions to vie for the presidential seat in Kenya’s 2013 General Elections. He launched his candidacy on July 2, 2011 in Nakuru. His slogan was to be ‘It’s Time!’ and His symbol was to be a lit candle.

However, he says after criminal charges against Uhuru Kenyatta were confirmed by the ICC, Uhuru Kenyatta became a larger than life figure in the Mt. Kenya region, and anybody who uttered a word against him became an enemy of the people. He did have any otherwise by to obey the wishes of his people and dropped his presidential bid.

From 1959 – 1965 Mutava Musyimi was a Primary School Student at Riakanau Primary School. He later joined Kangaru School, Embu until 1971 when he completed his A-levels education.

From 1972 – 1975 he was an undergraduate student of University of Nairobi pursuing Bachelor of Education (English).

He joined University of London in 1979 for his religious course in Bachelor of Divinity.

In 1989 he enrolled for Master of Theology at Trinity Divinity School, Illinois

Mutava Musyimi Started working at Barclays Bank of Kenya in 1972 as a Trainee.

From 1997 – 2007 he was the Chairman of Ufungamano Initiative for Constitution of Kenya Review.

From 2004 – 2007 he was the Chairman of National Anti-Corruption Steering Committee in Kenya.

Mutava Musyimi political undertones started whe he was still a Pastor in Nairobi Baptist Church, Ngong Road when he preached against the excesses and ills of the Moi regime in the 1980 and 90s.

When he later succeeded the unassuming Rev. Samuel Kobia as the NCCK secretary general in 1993, Mutava became a truly important national player as he transformed the church lobby in to one of the prime movers of political change, especially in constitutional reform. 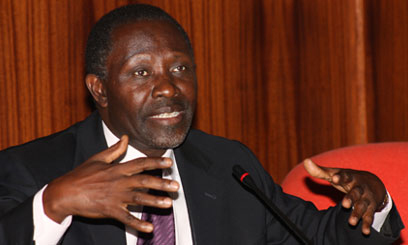 In 2007 he ran against Joseph Nyagah for the Gachoka Constituency MPs seat and won on a PNU ticket defeating the fifty (50) year old hold the Nyaga family had on the constituency.

In 2013 he campaigned for the same MPs seat for Mbeere South Constituency (Renamed from Gachoka Constituency) on a TNA party ticket.

In the 11th Parliament he chairs the 51-member Budget and Appropriations Committee, one of the most powerful in the House, having been allocated some of the powers that the Finance Minister used to exercise under our old constitution.

From 2008 – January 2013 he was a member of Justice & Legal Affairs Committee and Departmental Committee on Lands and Natural Resources.

Mutava Musyimi has spoken 1200 times in Parliament since 2008 according to report by Mzalendo trust.

Hon. Mutava is the son of Tabitha Kisilu and veteran politician Stephen Kisilu (both deceased). They lived in Riakanau village, Embu County. He is the third born of eight children.

Mutava Musyimi  has two children, a son and a daughter. Daughter is called Mueni Nyokabi. She is a lawyer and theology teacher. The son is called Syano Kisilu Musyimi a PhD holder in Philosophy.