Stephen Sang was born on 1st january 1985 in Aldai Constituency, 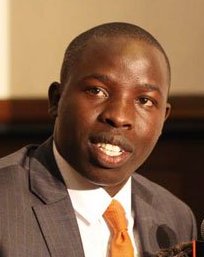