1n 2005 Charles Kibiru and others formed Dozen Ventures Limited. They purchased a quarter-acre plot in Spring Valley, Nairobi at a cost of Ksh. 26 million.

In just one year’s time they had constructed four houses on the plot at a cost of Ksh. 70 million which they later sold for Ksh.2 6 million each. Dozen Ventures made a profit from the deal but the members merely took their money and left. That was the death of Dozen Ventures.

Around that time the Othaya Farmers Cooperative Society advertised in local dailies that it was selling 1,135 acres of land in Thika (situated 40 kilometres from Nairobi). This marked the birth of Thika Greens Limited (TGL), a company formed by Charles Kibiru and four of his former colleagues from Dozens Ventures.

In less than two months Thika Greens Limited raised Ksh. 450 million from invited individuals each owning a minimum shareholding of Ksh. 4 million and a maximum of Ksh. 24 million.

By October 2009 Thika Greens Limited had secured a loan from a local bank and made full payment for the land. TGL bought an additional 571 acres bringing the total acreage of land in their possession to 1,706 acres.

Thika Greens Limited sub divided the land into 966 plots which were later sold to the public. At first the plots sold for Ksh.850,000 each but in three months’ time the price had risen to Ksh. 1.2 million

1,850 plots which will be slightly more affordable compared to those in the first two phases. This is because the property will not be linked to the golf course.

By the time the last stone is laid and all the proposed construction work has been completed, approximately Ksh. 53 billion will have been spent. 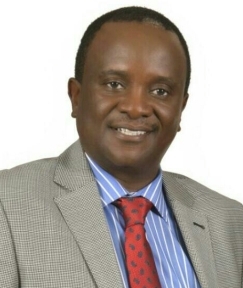