1. He went to Shamanei Primary School,
2. Went to Kagumo High School
3. Went to Alliance High School.
4. In 1990 he graduated with a degree of Economics and Finance from St. Francis Xavier University in Canada.
5. He attended the University of Technology, Sydney in 1994 and 1995 pursuing for a master's degree.

Beyond his work in financial markets, Mr. Ndiritu Muriithi previously served as Assistant Minister for Industrialization for five (5) years and drove reforms to improve the environment for doing business, and improving incentives to promote investments.

He was also involved in the development of policy and law related to finance and economics such as legislation governing establishment of credit bureau, interest rates, taxation and other fiscal measures.

Specifically, Mr. Muriithi contributed to legislative frameworks for banking and small businesses including successfully advocating for amendments to the Banking Act in 2006, to allow for credit reporting.

Ndiritu Muriithi was Member of Party of National Unity representing Laikipia West between 2007 and 2013-02-08. He defected to United Democratic Forum Party (UDF) in 2013.

In 2016 he joined the Jubilee party to propel him to governorship of Laikipia County but was defeated during the nominations and opted to vie for the Laikipia gubernatorial seat as an Independent candidate during the 8th August, 2017 general elections. 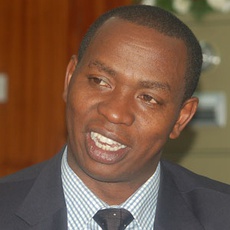