A Day after His Wedding at the AG, Wilson Sossion Marries Vivian Kenduiywa In a Wedding in Bomet

Four years after losing his wife, KNUT’s Wilson Sossion got a second chance at love when he met the love of his life Vivian Kenduiywa.

Mr. Sossion and Vivian got married without much fanfare at the Attorney General’s office on the 29th of April, 2016. The two lovebirds invited friends and families to a ceremony at their home in Tenwek Bomet on the 30th of April, 2016. The ceremony was to celebrate the blessing of their marriage vows and  also as a warming ceremony.

Wilson Sossion has been a single father for close to four years since his wife passed on in 2012. The fierce KNUT secretary general however changed his marital status yesterday.

Wilson Sossion and his wife walked to the Attorney General’s office where they exchanged vows rocking white African wear.

The ‘wedding’ was totally a private affair which only witnessed by a handful of friends and family, apart from the folks working at the AG office who officiated their union.

Photos of Wilson Sossion’s wedding were leaked on WhatsApp groups and shared extensively. 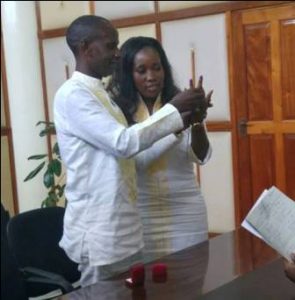 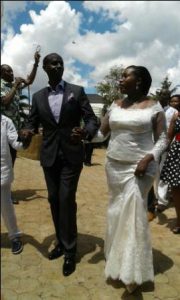 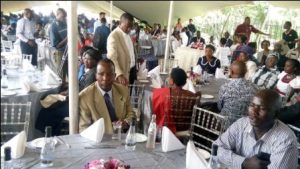 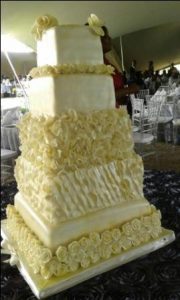