He was elected to the 11th Parliament under the Chama Cha Uzalendo Party ticket in the CORD Coalition. His predecessors to the same seat are;

In the National Assembly he is a member of the Departmental Committee on Energy, Communications and Information from March 2013.

Vincent Musyoka Musau has spoken 90 times in Parliament since 2013.

From 2000 – 2005 he was an undergraduate Student at the University of Nairobi pursuing B.Sc. Electrical & Electronics Engineering.

He was also the National Advisor in Robotics of the Ministry of Information and Communication.

In August 2014, Eng. Musyoka was alleged of inflating fleet management tender quotation up by 28m for the county government of Machakos and being Governor Mutua’s sycophant. 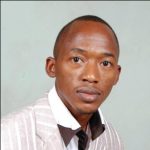 “We have information that you were given a tender to install all the county vehicles with car tracking devices and a fleet management. The tender was inflated from Sh2 million to Sh30 million,” Mumo, an angry man said.

The argument lasted for about 15 minutes with Musyoka dismissing the residents as being Senator Johnstone Muthama’s supporters.

Musyoka challenged anybody with evidence on the said tender deal to produce it and stop soiling his name.

He said he will defend Machakos Governor Alfred Mutua’s projects. Musyoka said those critcising him are short sighted people.