He was elected to the 11th Parliament on a WDM-K party ticket in the CORD Coalition in March 2013. His predecessor to the same seat is the Late Hon. Mutula Kilonzo.

In the National Assembly he is a member of Departmental Committee on Education, Research And Technology.

Kisoi Munyao has spoken 158 times in Parliament since 2013.

In April 2015, Mbooni MP Kisoi Munyao’s petition to have the High Court stop the commission of inquiry on the dissolution of government from commencing its proceedings was dismissed. 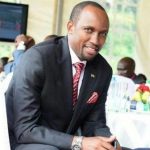 Justice Mumbi Ngugi declined to grant the petition to have the public hearings blocked, over what the MP termed as the inquiry’s breach of law, saying  Hon. Kisoi was time barred.

The Judge argued that the Mbooni legislator had ample time from November last year when the petition was presented to President Uhuru Kenyatta to settle down the matter and that suspending the Mohammed Nyaoga- led commission on such a short notice would be an injustice to the residents of Makueni.

The MP had filed a case seeking to have the inquiry suspended arguing that many residents did not understand the dissolution petition.

Hon. Kisoi had also stated that, the reasons for the dissolution have never been made public and a majority of residents were not in a position to participate effectively or make informed choices in the public hearings scheduled by the commission.

He is also the brother to Teddy Kisoi Mutuku who again hoisted Kenya’s flag on Mt Kenya 50 years later during the Kenya @50 celebrations by the Jubilee Government in December 12, 2013.