Regina Ndambuki is also known as Regina Nthambi Muia. She was born on 9th September 1956 in Kilome Makueni County.

She is the Member of Parliament for Kilome Constituency. She was elected to the 11th Parliament in March 2013 on a Wiper democratic Movement Kenya (WDM-K) party ticker in the CORD Coalition.

Her Predecessor to the same seat was John Harun Mwau on PICK party ticket.

In the National Assembly she was a member of the Departmental Committee on Administration and National Security and Joint Committee on Parliamentary Broadcasting and Library from March 2013 – February 2016 when she was removed from those committees by CORD for being a Jubilee supporter.

Regina Nthambi Muia has spoken 116 times in Parliament since March 2013.

In August 2015, Regina Nthambi Muia confessed her deep support for Governor Alfred Mutua’s ‘Maendeleo chap chap’ initiative whose campaigns were in Kilome in Makueni after two other rallies were held in Mavoko and Machakos town.

In the campaign to install Dr Mutua in place of Kalonzo Musyoka was MP Regina Ndambuki and other MPs, who have vowed to do whatever it takes to ensure “Mutua rescues the community from poverty”.

Regina Ndambuki kicked out of Wiper meeting by Muthama

In September 2015, Regina Ndambuki and nominated MP Bishop Robert Mutemi were kicked out of Wiper party’s retreat held at Maanzoni Lodge in Machakos county and nearly lynched for being “Jubilee moles”. 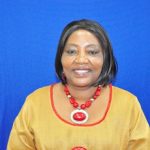 Ndambuki said party leader Kalonzo Musyoka had to shield and escort her to the car. She said Machakos Senator Johnstone Muthama stood before party chairman David Musila opened the meeting and ordered her and Mutemi to leave.

Ndambuki said Muthama said she and Mutemi had been sent by Jubilee to record the proceedings of the meeting. She said almost 60 goons surrounded the hall, insulting them for allegedly working with Machakos Governor Alfred Mutua and others to undermine Kalonzo.

Kilome MP Regina had been accused at one time of having an affair with former Kibwezi MP Philip Kaloki who is now the chairman of the Kenya Medical Training College.

Sources allege that she is currently very close to Mbooni MP Kisoi Munyao and that the two allegedly spent a night together in a Mombasa hotel where they had been flown by Machakos governor Alfred Mutua together with other leaders for a retreat.