His full name is Suleiman Dori Ramadhani. He is the Member of Parliament of Msambweni Constituency in Kwale County. He was elected to the 11th Parliament on an ODM ticket in March 2013. 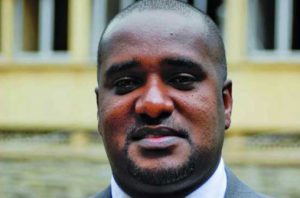 In 2014 Msambweni MP Suleiman Dori Ramadhani was one of those MP who were termed as lazy in the 11th Parliament having only contributed once in parliamentary debate.

In 2016, Suleiman Dori Ramadhani asked President Kenyatta to apologize to coast residents over his remarks that they did not vote for him during the 2013 General Election. The President is said to have issued the sentiments at Shika Adabu in Likoni, during the issuance of title deeds to squatters who are living in Waitiki farm.

Mr Dori challenged President Kenyatta to produce a list of people who voted for him as evidence that in deed there is no one from the region who is in support of his government.

That day, when Zuleikha passed by the table where Dori was sitting with Mustafa Idd (Kilifi South) and Omar Mwinyi of the Labour and Social Welfare Committee, Mustafa called after her, asking why she had not greeted them. “Are you afraid Dori will beat you up?” posed Mustafa.

Zuleikha turned, went to the table, apologised, sat down and tried to clarify. “I told the MP I wasn’t the one who had been beaten; it was my mobiliser in Kwale who was beaten,” Zuleikha said. To her shock, she said, Dori told her: “Hata pia wewe nitakupiga.” 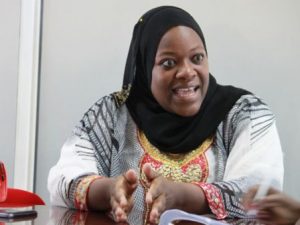 But to Zuleikha, it was a potent threat that made her file a letter to Speaker Justin Muturi, who is the chairman of the disciplinarian Powers and Privileges Committee, seeking the Speaker’s protection from Dori. Dori disputed: “I am not a drunkard. I don’t smoke bhang. I am not a mad person. I don’t use drugs. Why would I threaten a lady? I can’t fight with a lady. It was a very cordial conversation about the Kwale incident that Mustafa and Zuleikha were having, and I just commented that if someone loses respect, you never know what the public will do.”