He was elected to the 11th Parliament on a WDM-K in the CORD Coalition in the March 2013 elections. However the losers of the seat namely Thomas Malinda Musau, Stephen Ndambuki Muli, John Makenzi and a former MP Moffat Maithya filed a petition against Mr Mule soon after the polls in Machakos. The case took four months.

In October 18th 2013, Stephen Mule of Wiper Democratic Party emerged the victor in Matungulu Constituency by-election beating his rival in New Democratic party Thomas Musau. After vote tallying in all 117 polling stations, results showed that Mule had 11,639 votes, Musau 8,951 with Moffat Maitha managing 5,965 votes. Voter turn out in the constituency stood at 56.02%. 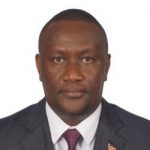 Matungulu Constituency is one of Machakos County’s newest constituencies, Matungulu’s land mass measures approximately 577 square kilometres with a population of about 130,000 and 47, 838 registered voters.

In the National Assembly Stephen Mule is a member of Catering and Health Club Committee and Departmental Committee on Health since 2013.

Stephen Mutinda Mule has spoken 207 times in Parliament since March 2013.

In July 2015, Stephen Mule embarked on a drive to donate shoes to school going children in his constituency. However by fault or by default, the shoes that were donated were oversized. They could not fit the children. It was a big embarrassment to his demeanour and gait as a renown Human rights Crusader in Kenya and the world. Here is a photo of the shoes donated 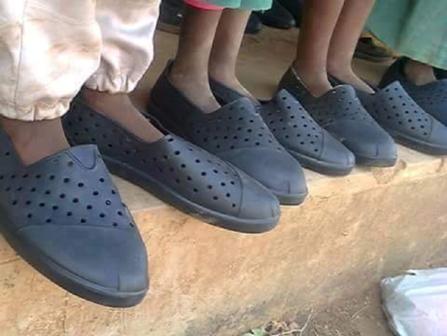 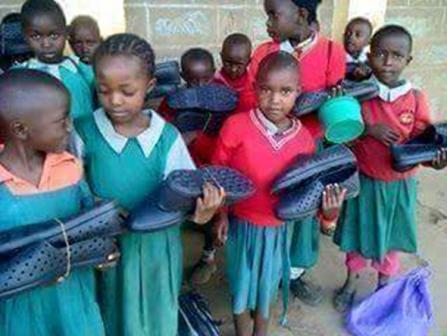 Hon Stephen Mule is a Bio-Medical Engineer by profession. He is a dedicated community mobiliser and an advocate of human rights.

He is a passionate champion of the reform agenda in Kenya. A strong believer in the rule of law, Hon. Mule’s call to service is linked to his desire to liberate minds through incisive independent knowledge, strength of character, and courage.

He is widely travelled and has represented Kenya in international conferences in countries such as Australia, Morocco, the USA, and Spain. He serves in the Health Committee and is a founding member of the Parliamentary Human Rights Caucus.