He was elected to the 11th Parliament on The Independent Party (TIP) in the CORD Coalition in March 2013.

In the National Assembly he is a member of the Public Accounts Committee since April 2015. This was a new Committee after the previous one was disbanded following allegations of corruption by its Chairman Mr Ababu Namwamba.

In April 2014, Wiper members of parliament from Ukambani came out fighting and strongly defended CORD’s Minority leader in the National Assembly Francis Nyenze. They cautioned their ODM colleagues against pushing for the replacement Nyenze terming it a threat to the unity of the Coalition. 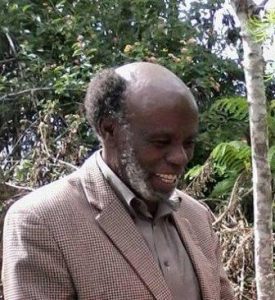 The MPS warned that removing the Wiper legislator from the seat could mark the “collapse” of the CORD coalition headed by former Prime Minister Raila Odinga with Wiper’s Kalonzo Musyoka and FORD Kenya’s Moses Wetangula as principal partners.

In 2013, When the National Assembly Speaker Justin Muturi sat for the start of official business in the House, he realized that he was facing a significant problem.

About 252 of the 349 MPs are in the National Assembly for the first time. A majority are young and not used to the procedures – Standing Orders – on which affairs are conducted. He also did not know them by name.

On one Thursday, he singled out Kangundo MP Kyengo Katatha Maweu by referring to him as “the man with the receding hairline and the white beard” which sent the whole house to a prolonged laughter.