Sharif Ali Athman was born in Lamu county. He is the MP for Lamu East having been elected to the 11th Parliament on a UDF ticket of th Amani Coalition.

In the National Assembly, he is a member of the Departmental Committee on Lands and Natural Resources from 2013.

Sharif Ali Athman on a University in Lamu

In April 2015, Prof. Kamal Mohammed Obaid of the International University of Africa welcomed Sharif Ali Athman to the
University and proposed the establishment of a College in Lamu County which will be affiliated to the University. 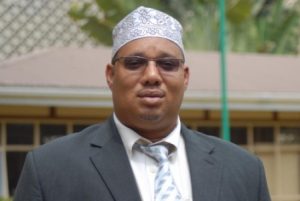 Sharif Ali Athman and other Muslim leaders said their religious scholars and institutions should come up with a standard curriculum to check indoctrination and radicalisation in mosques and Islamic schools or madrassa.He believes lack of a uniform curriculum and structures had sowed disorder within Muslim institutions paving the way for extremists to preach hatred and radical ideology.

Lamu County leaders have accused Lands Secretary Charity Ngilu of interfering with the compensation of hundreds of farmers whose lands were alienated for construction of the new Lamu port.

Governor Issa Timamy, Lamu East MP Ali Athman Sharif and his Lamu West counterpart Julius Ndegwa said Mrs Ngilu had become the biggest obstacle to the compensation that was initially scheduled to be completed in November.

They accused her of causing the delay in the construction of the multi-trillion Lamu Port-Southern Sudan-Ethiopia Transport (Lapsset) Corridor project.

The project has been hampered by feuds between Mr Ngilu, the National Land Commission (NLC) and the local leadership over the authentic list of land owners to be compensated by government.