Hon. Shaaban Isaack was nominated by the influential Murulle Clan Council of Elders at a meeting in Arabia in Mandera County in 2012. Issack was picked over Mandera East MP Mohammed Hussein Qaras, who had also expressed interest for the Lafey constituency.

The decision was reached during a clan caucus in Arabia where the council chairman Mohamud Khalif said all factors had been considered when coming up with candidates to represent the clan.

He said: “The Arabia declaration was binding and anyone who goes against the decision will face the wrath of the community”

Hon. Shaaban Isaack had served as Mandera East East MP from 1992 to 2007, culminating in his appointment as Assistant minister for Local Government from 2002 to 2007. 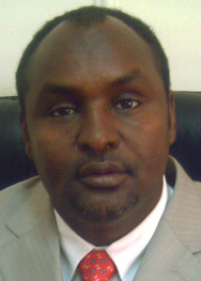 He lost in 2007 to Mohamed Hussien Ali in an election that was marred by voter bribery. He withdrew a court case challenging the election due to an appeal by the community elders.

Shaaban Ali Isaack has spoken 23 times in Parliament since March 2013 till April 2016.

Shaaban Ali Isaack worked in Garissa as a water officer. He was tasked with water supplies in Garissa the headquarters of North Eastern Province.

From 2002 to 2007 appointed as Assistant minister for Local Government by the Kibaki Government.

From 2003 to 2007 he was a member of departmental Committee on Agriculture, Lands and Natural Resources in the 9th Parliament.

From March 2013 he is a member of the National Assembly representing Lafey Constituency.

Hon. Shaaban Isaack is Member of Departmental Committee on Administration and National Security since March 2013