Samuel Gonzi Rai is the MP for Kinango Constituency in Kwale County, having served in this capacity from 1992. It is only in 1997 when he was edged out from the seat by Simeon M Mkalla.

Gonzi Rai was Assistant Minister of Lands in the Kibaki Cabinet between 2008 and 2013.

Mr Gonzi Rai, who is the vice-chairman of Ford People,

Samuel Gonzi Rai has been Member of Departmental Committee on Defence and Foreign Relations in the National Assembly since 2013.

In October 2012, Kinango MP Gonzi Rai declared that he would ditch FORD People where he was the vice-chairman to support Uhuru Kenyatta’s presidential bid if he fulfills promises he made to him. 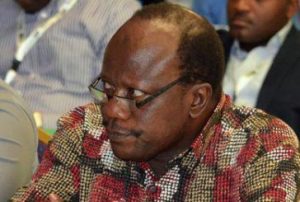 He said that one of the demands is that a member of his community should be appointed Kenya Ferry Services (KFS) board chairman.

“My move was based on the promises that the vacant KFS board chairman position should come to Kinango. “My other demand is that my people should be given top jobs in the various fields where they qualify. Unemployment has been a major problem among the Duruma people,” Gonzi Rai said.