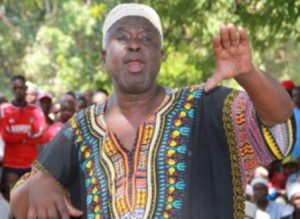 Mwakwere who was vying for the seat on a PNU ticket garnered 16,350 votes against his closest opponent Hassan Mohamed Mwanyoha’s 10, 887 votes. Coming in third was United Democratic Movement’s Kassim Sawa Tandaza who got 5,165 votes while the youthful new comer Isaac Mutula Masila of Labour Party of Kenya got a paltry 134 votes.

In the National Assembly Hassan Mohamed Mwanyoha has been a member of Joint Committee on Parliamentary Broadcasting and Library since.

Hassan Mohamed Mwanyoha profile beats up a man in Likoni

On June 2015,  Police in Mombasa interviewed  Matuga MP Hassan Mohamed Mwanyoha over an incident where a petrol station staff member was allegedly assaulted when he blocked a vehicle from overlapping near the Likoni Ferry Channel.

Eyewitnesses said the ODM lawmaker had just disembarked from the ferry when he found his car trapped in the traffic snarl-up, forcing him to try alternative routes only to find the entry to a nearby Total petrol station blocked.

One of the occupants of the MP’s vehicle exited and started removing the tyres that had blocked the entrance, only to be confronted by a guard who inquired why he was doing so without asking for permission.

“It was at this juncture that the man started raining slaps and kicks before being joined by the MP’s driver who also kicked the guard, sending him falling to the ground,” the witnesses said.

Matuga MP Hassan Mohamed Mwanyoha had been the Councillor of Tiwi Ward for 15 years on a KANU ticket before 2002.