Mohamed Abdi Haji Mohamed was born in Banissa, Mandera County. He is the Member of Parliament for Banissa Constituency having been elected to the 11th Parliament on a United Republican Party (URP) ticket under the Jubilee Alliance in March 2013.

Previously between 2002 and 2007, he was a Member of Parliament for Mandera West Constituency. In the 2007 elections he was defeated by Mohamed Maalim Mohamud who rode to Parliament on an ODM ticket.

Mohamed Abdi Haji Mohamed has been Member of Departmental Committee on Justice And Legal Affairs in the National Assembly since March, 2013.

Mohamed Abdi Haji Mohamed has spoken 56 times in Parliament. Among the times he contributed was; 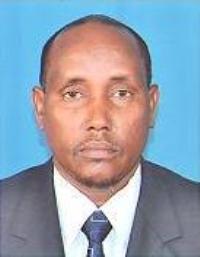 National Assembly, 21 Apr 2016. When contributing on women Members of Parliament demanding for a special funs to their elections.
“Thank you, Hon. Temporary Deputy Chairman. I stand to oppose this proposal. If we allow this, other people will also start demanding for a fund like this. For example, the disabled, the youth and all the cadres who will want to be represented in this House will want funds to be given. This is going to open a Pandora’s Box. We oppose it. Thank you.”