Michael Gitonga is the co-host of the “Morning Express” KTN morning Show with Sophia Wanuna from 6am to 9am Monday to Friday.

His career in media started off as an “accident”. The first person to interview him as a radio host told him that radio was not for him. The comment just fueled him to keep trying because he had a passion for it.

He went on to host the breakfast show called “Mike on the mic” on Radio 316 which he did for over 10 years before joining KTN. The transition from radio to TV has been exciting for him.

Away from the screen Michael loves the camera. His first camera was stolen in high school and he has never forgotten the incident. Needless to say, he is also a professional photographer, a passion that he had from a very young age.

His hobbies include traveling, making new friends and a good laugh. He loves his music too. 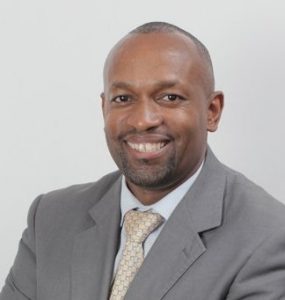 Michael Gitonga was one of the winners of the Radio Presenter of the Year awards in The Groove Awards 2012 that were held on 28th April 2012 at the Nairobi Baptist Church.

Michael Gitonga is married to Joyce Gathigi and they have been blessed with two lovely children Jerome and Shalom.

Joyce Gathigi is the woman in charge of procurement at East African Breweries. She has a degree in Bachelor of Education in Mathematics and Chemistry from Egerton University.

She attended Musa Gitau Primary School and passed well to earn an invitation from the prestigious and revered Alliance Girls High School where she accomplished both her O-level and A-level exams. It was afterwards that she was enrolled at Egerton University.