He was elected to the 11th Parliament on a Wiper Democratic Movement (WDM-K) ticket in the CORD Coalition.

He was confirmed as the MP for Kitui East Constituency after winning an election petition file against him by his rival Patrick Ngeta Kimanzi in the March 2013 general election. His arch rival was Kitui Businessman Miltonic Mwendwa.

In the National Assembly he is a member of Departmental Committee on Environment & Natural Resources from March 2013.

Marcus Mutua Muluvi has been working with the Kenya army. He was promoted upto the rank of a Major in the army.

After retirement from the Army, as at 2005 he was in the Senior Management team as the Head of Security and Administration in Equity Bank.

Marcus Mutua Muluvi criticised the requirement by President Uhuru Kenyatta that Mr Raila Odinga stay out of elective politics in order to become eligible for a pension. 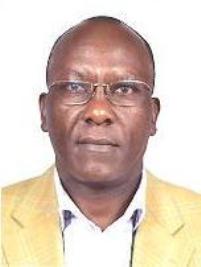 He his Cord counterparts in opposing President Uhuru Kenyatta’s proposed amendments to the pensions Bill. However, they could not get enough votes to shoot down the proposals.

The House needed 232 MPs to overturn the President’s decision but only managed 84.

Mr Ronald Tonui (Bomet Central, URP) said the recommendations would amount to discrimination. Mr Marcus Mutua Muluvi said he is among the retired civil servants who are receiving their pensions though he is serving as an elected member of Parliament.

In 2013, Major Mutua Muluvi and a section of Kitui County leaders told their County governor, Dr. Julius Malombe to lead from the front.

The leaders’ claimed that compared to his counterpart in Machakos County who has been highly visible, Dr. Julius Malombe had maintained a low profile, choosing to delegate duties to his deputy, Ms. Peninah Malonza.

Major Mutua Muluvi remarks come barely a month after a prominent Kitui businessman Miltonic Mwendwa who lost narrowly to him in the last general elections accused the governor of being a non-performer.