He was elected to the 11th Parliament on a WDM-K party ticket in the CORD Coalition. His predecessor to the same seat was NARC Chairperson Charity Ngilu.

In the National Assembly he is a member of the House Business Committee from March 2013. 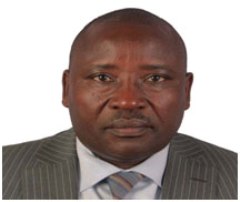 In 1990 he completed his B.A. (Hons) in Economics with a 1st Class Honours at the University of Nairobi.

In 1992 he completed his M.A. in Economics at the University of Nairobi, Kenya.

In 2015 he did his PhD in Economics at Kenyatta University, Kenya.

1991-1997- Economist/Statistician- Ministry of Finance and Planning.

In 2015, Benson Makali Mulu, Adan Keynan and some other members of Parliament wanted taxpayers to pay them Sh100,000 per month and also avail psychiatric and counseling services to them for the rest of their lives.

The parliamentarians defended the new addition to their retirement package stating that: The emotional turmoil of losing an election makes life “psychologically difficult” for them, hence the need for a soft emotional landing to bring them from their elitist life to that of a commoner.

The lawmakers added that the package would be a form of appreciation for the services rendered to the people.

The new perk was presented in parliament as the Parliamentary Society of Kenya Bill which the legislators termed as a ‘salvation’ plan to salvage former MPs from a life of extreme poverty.

The new proposal by Eldas MP Adan Keynan also sought to assure failed or retired MP of a medical cover.

“This is a very good and very attractive bill because it offers opportunities for re-employment or retraining of MPs. Once you are out of this Parliament, it is very difficult to get employment. People don’t like employing politicians. This is a very useful bill because it will ensure MPs continue to remain useful citizens even after they leave Parliament,” Kitui Central MP Benson Makali Mulu said.