Joseph Samal Lomwa was born in Isiolo County. He is the Member of Parliament for Isiolo North Constituency having been elected to the 11th Parliament in March 2013 on a URP ticket (Jubilee Coalition). He succeeded his predecessor Mohammed Kuti who had held that seat from 2002 till March 2013 on a KANU and Narc-K Party ticket.

In the 11th Parliament, Joseph Lomwa is a member of Departmental Committee on Public Works, Roads & Transport from March, 2013.

In June 2013, Isiolo North MP Joseph Lomwa said he was planning to increase Constituency Development fund bursary kitty from 25 to 40 per cent to improve the standard of the education in the constituency. 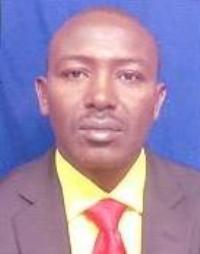 Lomwa said the current twenty five percent allocation was not sufficient to address increasing population and demand for the bursaries. He said there must be a deliberate effort to increase the kitty to 40 per cent in order to promote education.

A section of elders of the Borana community have endorsed Tana-arthi river chairman Abdi buhari as a candidate for the Isiolo governor seat come 2017.

This follows lengthy deliberations at garba-tula among 230 members of the community. Buhari has since accepted the endorsement and further pledged to reach out to other Borana clans to support his political aspirations.

Member of parliament for Isiolo North Joseph Lomwa has also weighed in on the matter urging community members to be careful in electing their representative for such positions. Buhari will be challenging current governor Godaya Doyo.