Abdullahi Jaldesa Banticha is the Member of Parliament for Isiolo South.

Abdullahi Jaldesa Banticha was elected to the 11th Parliament on a URP ticket (Jubilee Alliance) in March, 2013.

Abdullahi Jaldesa Banticha predecessor was Abdul Ali who had been the MP for Isiolo South Constituency from 2002 till January 2013 on a KANU ticket.

In the National Assembly Abdullahi Jaldesa Banticha is a member of the Departmental Committee on Energy, Communications and Information from March 2013.

Another speech was when supporting the motion on construction of multi dams to harvest flood water in October 2013. From that day he has never spoken again on the floor of the house. Here is Abdullahi Jaldesa Banticha speech 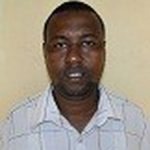 “Thank you, hon. Temporary Deputy Speaker. I rise to support this Motion. Floods and drought have been causing a lot of havoc across the country. Lives have been lost and properties destroyed by floods and drought. During the rainy season most rivers including Nzoia River, Tana River and Ewaso Nyiro River burst their banks and destroy crops, schools, health centres and houses and also lead to loss of many lives. This has really affected a lot of people in many ways. Many people have become Internally Displaced Persons (IDPs) during the rainy season and they are forced to rely on aid from the Government and other relief agencies. Hon. Temporary Deputy Speaker, a holistic approach is needed including building of dykes, construction of dams, management of catchment areas and observation of environmental rules in road construction. Vegetation should also be planted in the catchment areas to reduce the flashfloods and retain some of the water upstream. I also suggest the use of water upstream for electricity generation to reduce the water speed along with the introduction of artificial banks to decrease the flow of water. The rampant poverty should also be addressed because it is the main reason that people have exposed themselves to risks. Hon. Temporary Deputy Speaker, finally, water harvesting in the upper catchment areas through the construction of multipurpose structures such as dams should be done to reduce the amount of water reaching the low lying areas. Also, in most of the arid and semi-arid areas we have an acute shortage of water and the county governments have done little to alleviate this problem. I kindly request the Government to take urgent measures to help the people mostly from arid and semi-arid areas. With those few remarks, I support this Motion.”

According to a report by Mzalendo trust, Abdullahi Jaldesa Banticha was among other Twenty-seven Members of Parliament out of the 349 who did not contribute to plenary discussions in the House in 2015.