He joined Citizen TV in 2008 and since then his professionalism and demeanour has raised his profile both nationally and internationally.

Citizen TV’s Hussein Mohamed is a man whose star keeps on shining each day. Sources close to the news anchor reveal that the top rated journalist is being sought by international media houses. 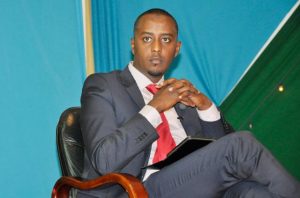 Hussein joined Citizen TV in 2008 and has since mastered the art of being nonpartisan and ever objective in his interviews. In the recent past, he has interviewed several politicians, including former Prime Minister. The way he conducts the interviews has significantly raised his profile, thus attracting the attention of foreign media.

Several international media houses have approached him in the past 2 months, according to one of his close associates. Though he is not in a hurry to move out of Royal Media Services, the promise of hefty pay might tempt him to change his heart.

Hussein was shocked reacting like most men would, only letting out one word, “okay!” The tension, however, did not last long as Janet relieved him from the moment saying it was a joke.

The stunt brought down the studio in laughter, as the two together with the panel of guests shared in the light moment.
As the show wound up, Mbugua announced that she was getting off the screen for a period of three months, adding that Jackie Maribe would stand in for her.

Here is the video courtesy of Citizen TV

In July 2015, Gatundu South MP Moses Kuria caused a stir on Tuesday evening when he walked out in the middle of a live television interview.

Mr Kuria, who was being interviewed by Citizen TV anchor Hussein Mohamed, stormed out when a clip of him allegedly inciting youth in Gatundu was about to be played.

The clip, which has elicited anger from Kenyans, shows Mr Kuria urging his constituents to attack politicians opposed to the National Youth Service (NYS) projects.

Hussein Mohamed had asked him to explain his utterances. Moses Kuria claimed a huge portion of the clip had been edited and demanded that the video, which he says was 45 minutes long, be played in full for Kenyans to know what really transpired.

“I was taken out of context. To understand you have to see the full footage of my speech,” Mr Kuria said.

However, Hussein Mohammed insisted on playing the clip, which prompted Mr Kuria to walk out. 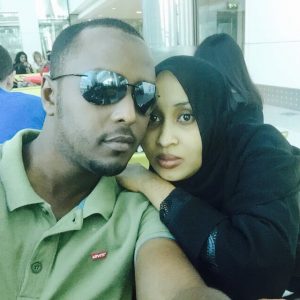 In December 2014, Hussein Mohamed walked down the aisle with her fianceé Malyun. The two got married in in a traditional Islamic ceremony called Nikkah at South C at the Masjid Nur.