The Jubilee Government is planning to sell crude oil in nine months’ time despite expert advice from Tullow Oil that the earliest the Turkana oilfields can be commercially exploited is 2020.

According to senior a Jubilee Government official, President Uhuru Kenyatta has already formed a team that will ensure crude oil is sold in the next nine months. 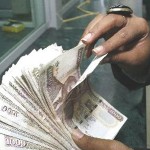 Uhuru’s team has already toured Turkana and carried out studies on logistics of evacuation that would see crude oil moved by trucks from Lokichar to Kitale from where it would be taken to Mombasa in specialised rail wagons for storage.

“The team has been asked to work on the report expeditiously because the thinking in Government circles is that Kenya has to start producing oil,” one of senior Jubilee Government officials said.

Uhuru wants Kenyans to become an oil producing nation before 2017 so that the “oil boom” and the SGR can be his launch pad for his 2017 re-election bid.

Uhuru also wants Kenya to start producing oil to save the current crisis in Kenya where the Government is “technically” broke.

Kenya’s crude oil will be sold to India, Pakistan and Malaysia.