Francis Chachu Ganya was a pupil at North Horr Primary School from 1978 until 1985.

From 1992 up to 1996 he was an undergraduate Student at St. Lawrence University Canton, Northern New York studying B.A. Environmental Studies & Government.

From 1997 up to 1999 he was a Graduate Student at George Mason University, USA studying M.A. (Public Administration) and also Post Graduate Diploma in Non Profit Management. 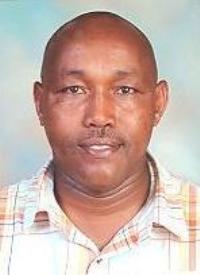 Between 1996 and 1999 Francis Chachu Ganya was a Researcher at Management Systems International.

From 1999 to 2000 he was the Executive Director of Pastoralists Integrated Support Program.

From 2002 to 2005 he was the Chair and Director of National Cereals and Produce Board.

He was also a co-founder of The Northern Kenya Fund in 2011.

In 2013 again, he retained his MPs seat on the same Party ticket

He also tabled a motion in Parliament seeking more game rangers to be deployed to curb the increasing cases of poaching. He also proposed more punitive measures to punish the culprits.