In the National Assembly, he is a member of the Departmental Committee on Defence and Foreign Relations since March 2013.

Dr Jama Wolde of Raila’s CORD coalition came in second with 5,064 votes. Hon. Rasso and Sasura, who are members of URP and TNA parties respectively, are both in Uhuru’s Jubilee coalition. 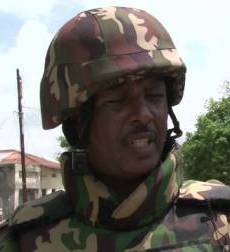 Costly political power play in Marsabit county has hindered development in the vast area. In the run-up to the general elections, the county was terribly polarized.

It was a two-horse race between Boran on one side and REGABUGA TUKOSAWA, the latter being a group of minorities standing for REndile GAbra BUrji GArreh TUrkana KOnso SAkuye WAta.

That meant two things. One, the superiority contest is settled, Boran were for long been perceived as dictators and pride in their ‘might’. REGABUGA TUKOSAWA was out to disapprove them. Two, the winner takes it all. Borana win would have locked REGABUGA TUKOSAWA from key leadership positions in the county.

The other side’s line up was such that the Boran were effectively locked out. Since the Boran did not do their arithmetics right, Ukur Yattani, the REGABUGA TUKOSAWA gubernatorial candidate led his entire line-up to a hard-earned victory.

From election of the County Speaker down to the lowest job, governor Ukur strategically implemented their number one manifesto of teaching Boran some lesson.

As I earlier said,the winner takes all. The locking out of a single majority community bred discord and disharmony in the county. This led to the widely covered clash between governor Ukur and Mps from Boran community, Hon Roba Duba and Hon Col. (rtd) Ali Rasso Dido at an Investor Conference. The progress has since stalled. This is the situation in Marsabit county.