First Lady Margaret Kenyatta surprised Kenyans on Saturday when she posed for a photo with Devolution Cabinet Secretary, Miss Anne Waiguru, who is accused of being “too close” to her husband, Uhuru Kenyatta.

On Wednesday, Machakos Senator, Johnstone Muthama, claimed that Waiguru has a secret affair with Uhuru Kenyatta and that is why she has been repeatedly shielded from corruption allegations.

But despite these allegations, First Lady Margaret Kenyatta, who is the most popular woman in Kenya, invited Waiguru, for a photo moment on Saturday while in New York.

The two were part of a delegation that accompanied Uhuru Kenyatta to the 70 session of the United Nations General Assembly (UNGA).

Here is the photo 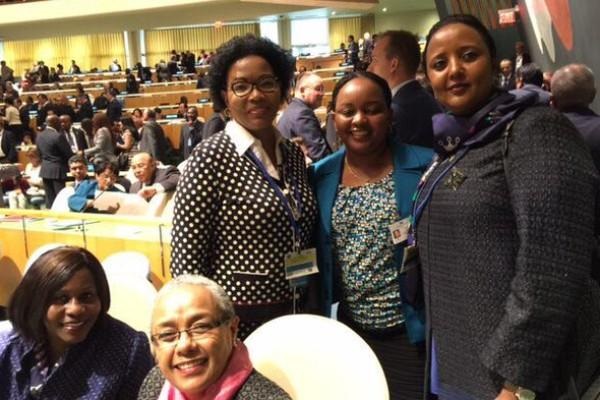