In the National Assembly he is a member of the Joint Committee on National Cohesion and Equal Opportunity and member of Departmental Committee on Environment & Natural Resources from March 2013. 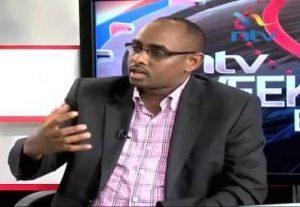 Diriye Abdullahi Mohamed was Lab technologist of Madina Nursing Home between 2002 and 2003.

He was elected to the 11th Parliament in 2013 on an ODM ticket (CORD Coalition) to represent Wajir South Constituency in the National Assembly.

Diriye Abdullahi Mohamed tried to release an illegal immigrant from JKIA in March, 2014

In March, 2014, Wajir South MP Mohamed Diriye was accused of trying to release an illegal immigrant from JKIA on Thursday 27th March, 2014.

He however said the man was one of his constituents but was denied entry because he couldn’t speak Swahili. The legislator said Kenyan Somalis are increasingly getting harassed and ethnically profiled especially after the Westgate attack.

MPs Mohamed Diriye (Wajir South) and Mohamed Shidiye (Lagdera) now want the government to follow in the footsteps of UK and ban both production and consumption of miraa in the country.

They said miraa is a drug and should be taken as such and a ban imposed on it.

“Miraa is in the league of cocaine and heroine and is a drug whose production and consumption should be banned in this country,” said Mr Mohamed Diriye

“This substance has no nutritional value and we commend the UK government for the decision they took to impose a ban on it,” he added.

The British Government imposed a ban on miraa two weeks ago much to the chagrin of leaders from Meru region where the stimulant is grown.

However, the two MPs urged miraa farmers to train their sights on other crops that have nutritional value saying they can never be any economic justification for the harmful effects of the stimulant.