Dan Kazungu Muzee full name is Hon. Daniel Kazungu Muzee. He is the Cabinet Secretary in-charge of mining in the republic of Kenya.

He was born in 1970 in Kavilani in Marikano Lower Malindi, Kilifi County. He came from a very humble background.

Prior to this ministerial position, he was the MP for Malindi Constituency in Kilifi County, Having been elected to the National Assembly on an ODM ticket. 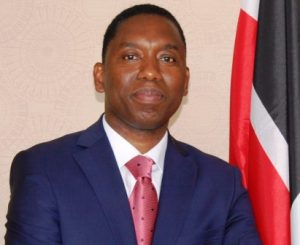 He joined Kwale High School for his Secondary Education and passed with flying colours.

He joined Moi University and pursued a Bachelor of Science degree in Information Sciences and later did his Masters in the same University.

After graduation he got a job at Institute of Advanced Technology as a training Consultant. After one year he got a job at Computec in the section in-charge of the UN Sector. After two years he joined Fintec International where he became a top level sales professional for Microsoft and Compaq across East Africa. After 3 years he went to Johannesburg and employed at Mecer.

After six months he went to IBM in New York, USA to be in-charge of Personal Computing Division in East Africa’s Seven Countries; Kenya, Uganda, Tanzania, Rwanda, Burundi, Ethiopia and Eritrea for 3 years. Later he became the regional manager for Lenovo Corporation East Africa. He left Lenovo and went back to IBM where he served as the IBM Country Representative for Ethiopia and Kenya from 2010 to 2013.

His Successor as Malindi Constituency MP is Willy Mtengo.

In 2015 CS Nominee Dan Kazungu Muzee Struggled to get EACC Clearance after EACC CEO Harake Waqo claimed there were allegations of CDF kitty mismanagement in his Malindi constituency. However the vetting committee rules to his favour.

In 2015 good fortune came his way and on 18th of December 2015, President Uhuru Kenyatta appointed him to the Jubilee Cabinet even though he was from ODM. He was appointed to the Ministry of Mining a docket that had been manned by his colleague Najib Balala who was moved to the Tourism Ministry.

Dan Kazungu Muzee received outpouring support from the Malindi people and was excited that he was pitted to be the first ever cabinet Minister from the region since independence.

CS Dan Kazungu came from a polygamous family. His late father had five wives and fifteen children. He passed on in 1984. Kazungu’s grandfather lived in Gede in Watamu Malindi. His great grandfather was a colonial administrator.