Bryan Yongo was born in 1971. He attended St Christoper’s Primary School and later proceeded to Maralal High School. He did not go far with his education because of heart problems

Bryan Yongo lives in a lavishly furnished 30-room house in the city’s plush Kitisuru area. The residence not only has a gym, sauna and fully stocked bar, but also houses a disco – complete with a smoke machine, DJ deck and dazzling lights.

In his parking bay sits a Range Rover Vogue and two Mercedes Benz S Class cars, a Mercedes C350 Luxury 2-Door Coupe that is said to change colour depending on the weather.

Due to the nature of his business, Bryan Yongo says he has made a lot of enemies. He reveals he has 20 dogs that cost a fortune to feed. Interestingly, he says he does not have any friends, he only has acquaintances and business partners.

Bryan Yongo was charged in court with threatening to kill Mr Jacob Juma. On two occasions, Mr Yongo has unsuccessfully petitioned the court to release his licensed gun, which police confiscated.

Court documents in one of the criminal cases indicate that the two started engaging as early as in 1997 when Mr Jacob Juma supposedly contracted Bryan Yongo to run some business errands for him.

They, however, fell out in March 2012 after Mr Yongo allegedly sent Mr Juma abusive messages and threats on his phone.

Jacob Juma reported the matter to the Directorate of Criminal Investigation and Mr Yongo was subsequently charged before a Kiambu magistrate’s court.

In 2014 Mr Yongo was taken to court again charged with threatening to kill Jacob Juma. He appeared before a Kibera court in December. According to the charge sheet, he was found with a pistol and 20 bullets.

In a police statement, Jacob Juma said he was in his house in Nairobi one evening when he saw Yongo and a group of men camped at his gate. He claimed they were getting “ready to execute me”.

But Mr. Yongo defended himself saying the charges were brought against him to settle scores regarding extraneous issues between him, the police and Jacob Juma.

At a different case, Yongo was allowed by a Nairobi magistrate to institute a private prosecution against Jacob Juma on accusations that he forged a title deed to a piece of land worth more than Sh400 million.

He lodged the criminal case against Mr Juma on behalf of two complainants, Mr Ashock Rupshi Shah and Mr Hiten Kumar Raja, who are claiming ownership of the land in Nairobi’s Loresho area.

Bryan Yongo said he filed the case after the Director of Public Prosecution (DPP) failed to prosecute Mr Juma over alleged forgery and perjury.

Bryan Yongo was also pursuing a criminal private prosecution against Jacob Juma on grounds that the Juma had said on oath that he was a qualified engineer when he was not.

Bryan Yongo was involved in a fierce much publicised fight with prominent city lawyer Ahmednasir Abdullahi, another friend-turned-foe. He unsuccessfully filed a multiplicity of suits, and went before a parliamentary committee, as he sought to prove that Mr Abdullahi should be struck off the roll of advocates for allegedly acquiring his pupillage certificate fraudulently. 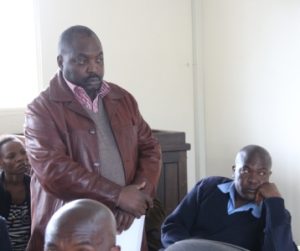 Bryan Yongo was a clerk with the law firm of Mr Peter Simani, who has since died, where Mr Ahmednasir was a pupil before he started his own practice.

Another battlefront involving Mr Juma, Mr Yongo and Mr Abdullahi later surfaced over a contract for Jacob Juma’s Erad Supplies to deliver 40,000 tonnes of maize to the National Cereals and Produce Board (NCPB). NCPB had cancelled the contract. Mr Juma sued the State corporation seeking Sh500 million for alleged breach of contract.

He never supplied the maize but claimed he incurred heavy losses in profits and storage costs. In July 2009 Jacob Juma was awarded Sh266.9 million. Mr. Yongo alleged fraud in the contract between Erad and NCPB, and claimed he was contracted by the company as a debt collector and expected to be paid at least Sh25 million upon successful completion of the job. On the other hand,  Ahmednasir Abdullahi offered Jacob Juma legal services to recover the money from NCPB. But Jacob Juma dismissed Yongo’s claims as the “fabrications of a con man”.

Bryan Yongo says ICEA insurance firm, valued his three Mercedes and the Range at Sh50 million. The house was valued at Sh300 million.

At 45 years, he claims he is worth Sh700 million. He claims to have made his first million at the age of 20 years and by the time he was 22 he had an asset base of Sh30 million.

Bryan Yongo says that in 1992, alongside current Football Kenya Federation chairman Sam Nyamweya, he set up Kenya’s first credit management company. He later set up Neptune Credit Management where nearly all the banks as his clients seek its services of debt collection.

“I am very comfortable. Now you can go get an actuarial scientist to do some calculations and tell you what my net worth will be in 10 years, all factors remaining constant.” Yongo boasts

Even though he says he rubs shoulders with the who is who in the political and corporate world, Bryan Yongo says he has no interest in politics.

“Why spend Sh60 million campaigning and then get paid Sh500,000 pittance as a salary?” he poses.

“After all, I’m like an MP since I’m a generous man. Every month I spend about Sh500,000 helping people. And my monthly expenditure comes to around Sh3 million,” claims Bryan Yongo 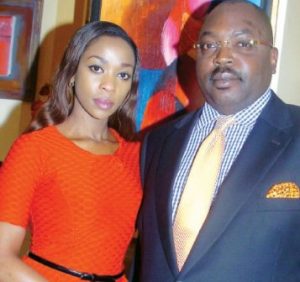 Bryan Yongo is married to Ann Wambui. They are blessed with three children. They live in Kitisuru, Nairobi. Ann Wambui quit a well-paying job in Dubai to marry him.

Bryan Yongo was recently in the news after a woman, Jeddy Ahao and he friend former radio presenter Yolanda Mulwa called a press conference to claim he was harassing her and her friends. She also alleged he had falsely branded them high-end call girls.

She said Yongo is always targeting women thinking they are weak. However, Yongo dismissed the claims and alleges that the woman and others had stolen a lot of money from him.

Bryan Yongo is one of the suspects in the murder of Nairobi businessman Jacob Juma on 5th May, 2016