Zadock Angira Lives in Tena Estate, Manyanja road. He is a Senior reporter with the Nation Media Group.

On 5th May, 2016, Jacob Juma was shot dead by unknown gunmen who escaped on a motorbike while driving past Lenana School at around 9.30pm. His car had about 10 bullet holes.

Jacob Juma had in January 2016 said that his life is in danger after saying he knows the full details about the Eurobond Scandal. Jacob Juma had also said he knew there were plans to have him killed and this tweet revealed that 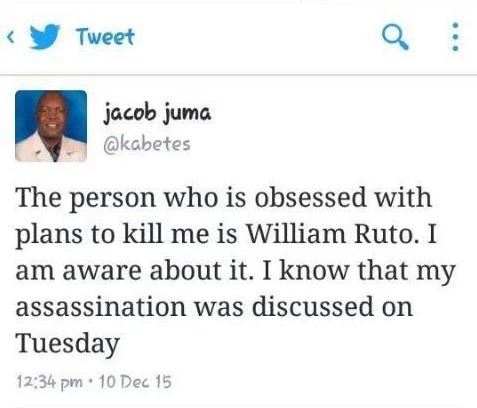 Following the Murder of prominent and outspoken Nairobi businessman Jacob Juma, Zadock Angira’s name has been dragged into the murder case.

Jacob Juma had revealed that Zadock Angira had been contracted as a hitman to eliminate him. This is Jacob Juma’s tweet 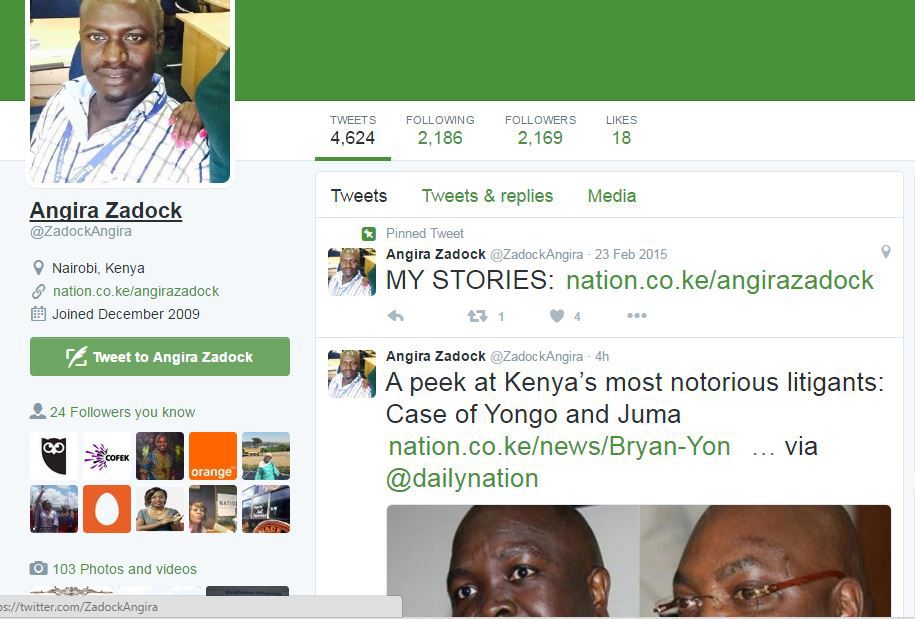 The story was carried in the Daily Nation telling the bitterness between Jacob Juma and Bryan Yongo following business deal gone sour. 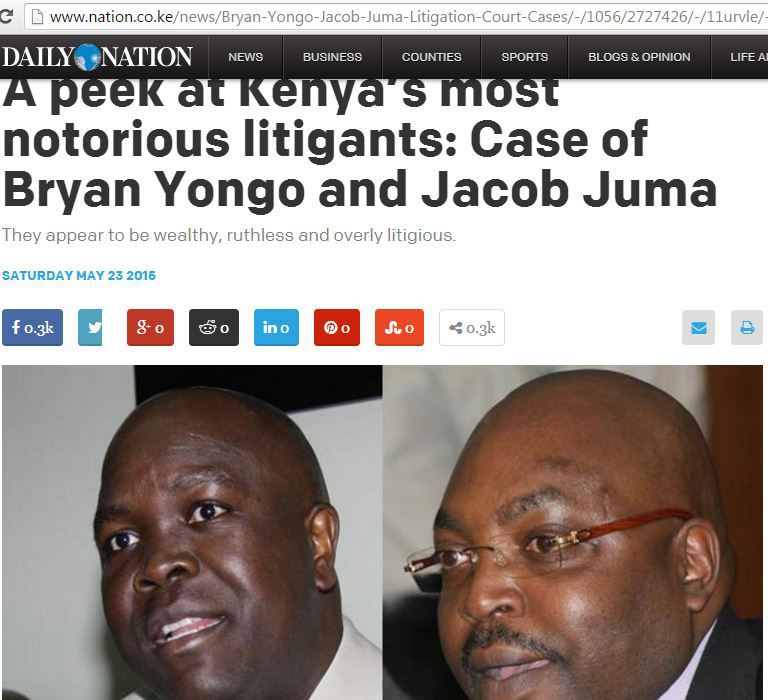 Jacob Juma’s most hated enemy in his life is not even the Jubilee Government or William Ruto, it is A Nairobi business man Bryan Yongo. They were good business partners but they fell out when their multi billion shillings business deals went sour.

There was an incident where Bryan Yongo was charged in court with threatening to kill Juma This was just a facet that added to a horde of criminal and civil cases that dotted their lives, many involving business deals gone awry.

On two occasions, Bryan Yongo had unsuccessfully petitioned the court to release his licensed gun, which police confiscated.

Court documents in one of the criminal cases indicate that the two started engaging as early as in 1997 when Juma supposedly contracted Bryan Yongo to run some business errands for him.

They, however, fell out in March 2012 after Bryan Yongo allegedly sent Juma abusive messages and threats on his phone.

Mr Juma reported the matter to the Directorate of Criminal Investigation and Mr Yongo was subsequently charged before a Kiambu magistrate’s court.

In 2014, Mr Yongo was taken to court again charged with threatening to kill Mr Juma. He appeared before a Kibera court in December. According to the charge sheet, he was found with a pistol and 20 bullets.

In a police statement, Mr Juma said he was in his house in Nairobi one evening when he saw Mr Yongo and a group of men camped at his gate. He claimed they were getting “ready to execute me”.

But Mr Yongo defended himself saying the charges were brought against him to settle scores regarding extraneous issues between him, the police and Mr Juma.