In the National Assembly he is a member of the Departmental Committee on Lands and Natural Resources from 2013.

From 2008 – 2013 he was a member of Agriculture, Livestock and Cooperatives Committee and the Library Committee.

Benson Itwiku Mbai has spoken 149 times in Parliament since 2003.

Benson Itwiku Mbai added that the Governor’s development track record was great and should be replicated across the other Ukambani counties.

Itwiku Mbai and Several leaders came forth to oppose the court ruling made to suspend Constituency Development Funds (CDF) Act 2013, stating that the Act was invalid. 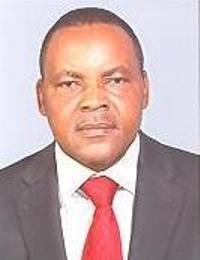 Speaking in his Masinga Constituency, Itwiku Mbai condemned the ruling, explaining that the funds in the previous years have been able to stir development and help those in need at the grassroots level.

Itwiku was speaking as he addressed Masinga residents and the press in his office.

“The residents of Masinga have been benefiting from the CDF funds a lot and the money should be left with the Members of Parliament because they know the problems of their people. It has helped the poor get access help from the government. In Masinga, 42 schools have been built and enabled more than 10,000 students get skills and education,” said Mbai