Ahmed Ibrahim Abass was born in Ijara, Garissa County, Kenya. He is the MP for Ijara Constituency in Garissa County having been elected on an ODM party (CORD Coalition) ticket in the 2013 general elections.

He is a first time MP in the National Assembly. In the 11th Parliament he is a member of the Departmental Committee on Public Works, Roads & Transport from 2013.

In 16th march 2004, Ahmed Ibrahim Abass was appointed as Licensing officer at the registrar of motor vehicles and also on 9th Sep 2011 he was appointed to be a member of the Board of the Constituencies Development fund for a period of 3 years. 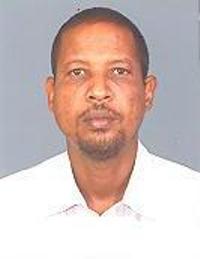 In April, 2016, National Assembly Majority Leader Aden Duale brought to the National Assembly the proposed law which sought to amend the Constitution to permit nomination of women to Parliament, in case the elected members do not meet the two thirds gender rule.

Ibrahim Ahmed Abass was one of the MPs who categorically differed with Right Hon. Raila Odinga and opposed that law. Raila Odinga pleaded with ODM MPs to support the bill.

In March 2015, Former PAC Chair Ababu Namwamba claimed that he had a tape recording of how Mutea Iringo bribed PAC committee members KSH. 1.5 Million each to go slow on the Sh 2.9 billion corruption scandal at the Office of the President.

In September 2013, the petition challenging election of Ijara MP Ahmed Ibrahim Abass was dismissed by the High Court. Justice Alfred Mabeya said the few electoral irregularities were not sufficient to affect the outcome of the election.

He said he will therefore not change the will of Ijara constituents. “Generalised allegations are not enough. The will of the electorate has to be safeguarded at all costs. However, if the will is affected for any reason whatsoever, the election must be overturned and the electorate given another chance to exercise its will,” Mabeya said.

In September 2015, Ijara Member of Parliament Ahmed Ibrahim Abass faulted Inspector-General of Police Joseph Boinnet, who, in a September 3 Gazette notice, ordered people from the Ijara area to migrate to safer areas as police conduct the operation to weed out the militants from Kenyan soil.

This, the lawmaker noted, is like ceding part of the country to dangerous armed militants and the only hope left for the State is to evacuate residents from the area for the government to conduct the operation. Mr Boinnet consequently asked residents in surrounding areas to surrender ammunition and firearms, whether legal or illegal, and vacate.

The MP said a large portion of Boni Forest is in Ijara constituency and not in Lamu County and therefore the beneficiaries of the forest are pastoralists from the constituency.