Elias Barre Shill aka Elias Abdi Shill Place of Birth is not yet known. It may be Garissa Kenya or Kismayu in Somalia. He has very strong ties with Somalia although he claims allegiance with Kenya.

At one time while traveling to the UK he obtained travel documents as a refugee from Somalia.

He is the Member of Parliament for Fafi constituency in Garissa County. He was elected to the 11th Parliament on a URP ticket in the Jubilee Coalition.

Elias Barre Shill is the Vice Chair of the Defense and Foreign relations committee of the National Assembly. He is also a member of Public Investments Committee and a member of Procedure and House Rules Committee since 2013.

During the Grand Coalition Government he was the Prime Minister Advisor on Somalia relations.

Elias Barre Shill was still the Fafi Constituency MP in 1997, having been elected on a SAFINA Party Ticket.

In 2012, Elias Barre Shill was a member of the Board of the National Cereals and Produce Board but his appointment was revoked on 13th September, 2012.

Elias Bare Shill attended the of University of Nairobi for his Undergraduate degree. 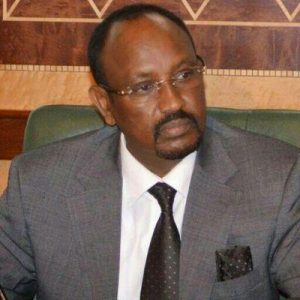 It is alleged that Elias Barre Shill went missing from his hometown of Garissa in the early 1990’s and went to Somalia on Business. Nothing was heard of him until 2007 when he resurfaced with alot of money, vied and won the Fafi MPs seat.

In 2014, a terror Suspect, Sheikh Mohamed Ali Kheir, alias Dawara was allegedly killed by security officers and his body dumped at a pond in Embu County. The man was a Muslim cleric and a close associate of Elias Barre Shill. They used to partner in businesses and he is the man who financed Elias election campaign in 2013.

Dawara was believed to be the man behind facilitation of funds and communication between Elias Barre Shill and Mr. GamaDhere Kuno – The guy who masterminded the Garissa University attack.

Dawara and Elias Barre Shill had differences on misappropriation of funds sent over from bases in Somalia. Elias was spending a lot of money claiming it is for silencing the security agents in Kenya.

Their last major confrontation was about some boys in custody in Kenya whom Elias was to free. He did not deliver the boys nor the money. It is believed Elias sold Dawara out to the Kenyan security after the sheikh threatened to report him to the bosses in Somalia. Elias had to travel to Somalia to clear the air on the situation.

To cover up his tracks Elias Bare Shill while addressing mourners who turned up for the Dawara’s burial in Garissa said the government must provide answers as it had the responsibility of protecting lives and property. Elias Bare Shill, who was among the leaders who escorted the body from Embu to Garissa, said it was shocking that a person could be accosted by people claiming to be security officers only to be found dead.

He said those who were with the cleric during his “arrest” did not raise the alarm because the people who seized him identified themselves as police officers.

Elias Barre Shill has a son who is a fugitive in America. His son (name withheld) is wanted by the FBI for unknown reasons. He is currently in hiding somewhere in Kenya or Ethiopia.