Abdikadir Omar Aden was born on 21st October, 1972 in Balambala in Garissa County, Kenya. He is the MP for Balambala Constituency in Garissa County. He was elected for the first tine to the National Assembly in March 2013 on an ODM Ticket.

In the 11th Parliament, he seats in the Procedure and House Rules Committee of the National Assembly from 2013.

He proceeded to South Bank University, London-UK between 2000 and 2002 to pursue MSc (International Business). 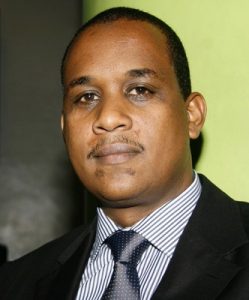 Hon. Abdikadir Aden worked with Standard Chartered bank from September 2002 till April 2003 when he became the Business Development Manager.

From July 2004 to March 2006 he was Corporate Sales Manager in Standard Chartered bank.

In  April 2006 he moved to British American Tobacco (BAT) until March 2008 when he became the General Manager until 2011.

In March 2011 he became the General Manager of the Horn of Africa Markets still in British American Tobacco (BAT) until 2013.

In 2013, Hon. Abdikadir Aden ventured into politics and clinched the MPs seat for the newly created Balambala Constituency on an ODM Ticket.

Hon. Abdikadir Aden is also ODM’s organizing secretary and is a member of the Budget and Appropriations Committee.

The previous committee was disbanded after its chair Ababu Namwamba and several members were implicated in corruption scandals.

However the seat was won by Rarieda MP Nicholas Gumbo who beat John Mbadi who came second in the hotly contested seat.