He is the MP for Wundanyi Constituency in Taita Taveta County having been elected to the 10th and 11th Parliament on an ODM party (CORD Coalition) ticket in 2007 and 2013.

In the National Assembly from 2008 to 2013 he was a member of The Speaker’s Committee, House Business Committee, Local Authorities and Funds Accounts Committee and Departmental Committee on Health.

From 2013 he was a member of Public Investments Committee, House Business Committee and Departmental Committee on Lands and Natural Resources.

In July 2014, In what the CORD coalition refereed to as purging and keeping their house in order, Thomas Ludindi Mwadeghu was officially the newly appointed minority chief whip, replacing Gideon Mung’aro.

In 2007, Thomas Ludindi Mwadeghu took over the reins of the constituency after breaking a 20-year reign of relatives. Running on an ODM ticket, he floored former area MP Mwandawiro Mghanga, who was a relative of former powerful minister Darius Mbela who served for 15 consecutive years. 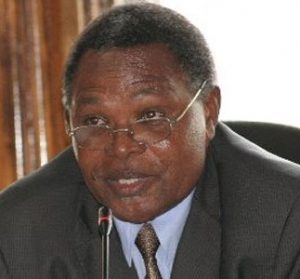 Thomas Mwadeghu claims there is no bad blood between him and Taita Taveta Governor John Mruttu. Mwadeghu has been a fierce critic of John Mruttu’s administration, which has earned him the ‘opposition leader’ tag.

Their open differences have been interpreted as political enmity, with most people saying it is a supremacy battle.

In October 2014, Wundanyi MP Thomas Mwadeghu declared his interest in the Taita Taveta governor’s seat in the 2017 elections.

Mwadeghu fell out with Governor John Mruttu over the move to take the county headquarters to Mgeno in Mwatate constituency. Earlier, the county leaders agreed to base the headquarters at Mwatate town.

The decision was rescinded after it emerged that there was not enough land there. Mwadeghu accused Mruttu of applying “lone ranger” tactics in managing the county.

He said the governor’s decision was not agreed upon by all leaders. Currently, the county headquarters is temporarily at Wundanyi.