Barely two days after teachers called off their 5-week strike that had paralyzed learning in both private and public schools, former Prime Minister Raila Odinga’s Coalition for Reforms and Democracy (CORD) seems not too happy about their move. 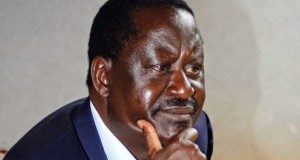 The Opposition was banking on the teachers’ strike to overthrow President Uhuru Kenyatta from power, through the impeachment motion against him, which was filed at the National Assembly by ODM Chairman, John Mbadi.

A senior ODM official was overheard over the weekend condemning the Kenya National Union of Teachers (KNUT) Secretary General, Wilson Sossion, and his KUPPET counterparts for agreeing to go back to class even after the Jubilee Government refused to behave as far as effecting the 50-60 per cent salary increment is concerned.

According to CORD, calling off the strike by teachers will jeopardize the impeachment motion against Uhuru and will reduce chances of the Opposition sending Uhuru home.

It now remains to be seen if CORD will proceed with the impeachment motion against Uhuru now that teachers have dealt them a heavy blow.