Mustafa Idd full name is Salid Idd Mustafa. He was born on 11 May 1970 in Kilifi County.

Salid Idd Mustafa is the MP for Kilifi South Constituency after being elected to the 11th Parliament on an ODM ticket. He garnered 7,305 votes to beat a crowded field of sixteen other contenders including former Bahari MP Benedict Fondo Gunda.

in January to March 2016, Kilifi South MP Salid Idd Mustafa had been campaigning for the Jubilee Coalitions candidate Philip Charo for the Malindi Parliamentary seat against their own party ODM’s candidate. 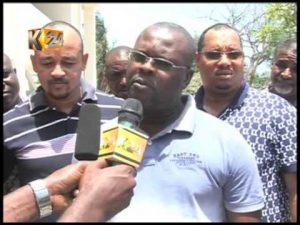 He openly said he was in Jubilee Coalition because it was a party of Development.

Consequently why were unceremoniously removed from their parliamentary committees by ODM. The MP said that there was a political scheme against “the so-called ODM rebel MPs” being pushed by Kilifi Governor Amason Kingi and his Mombasa counterpart Hassan Joho “who are in control of the party”.

He declared that he together with other like minded Coastal MPs will continue campaigning for Jubilee Coalition in the Coast region and deliver more seats to Jubilee in the 2017 general elections. He said they have gained ground and they will capitalize on that.