Charles Muriuki Njagagua was born in Mbeere, Embu County. He is the member of Parliament for Mbeere North Constituency (Formerly Siakago Constituency).

He was elected to the 11th Parliament on an Alliance Party of Kenya (APK) in the Jubilee Coalition in March 2013. He trounced the former MP and current Speaker of National Assembly Justin Muturi who had vied on a TNA ticket.

In the National Assembly, Charles Njagagua is a Member of Departmental Committee on Education, Research And Technology since 2013.

Njagagua has spoken 252 times in Parliament since March 2013 till May 2016. These are the times he spoke on the floor of the house. 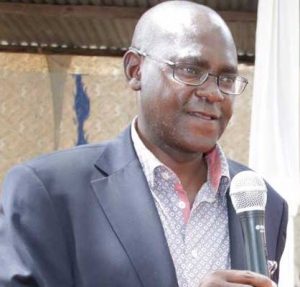 In April 2016, Muriuki Njagagua, during the official opening of a dormitory at Siakago Girls High School, Embu, called for the opening of the Waki envelope to reveal its contents while at the same time urging Kenya not to pull out of the ICC.

He at the same time called for the disclosure of the contents of the Waki envelope that named key suspects in the 2007/2008 post-election violence, saying this will help reveal the truth about it.

Mr Njagagua said Kenyans should not pretend that the chaos never occurred, even after the dropping of cases against the six individuals who had been charged in the ICC.