He is the Member of Parliament for Tharaka Constituency in Tharaka Nithi County. He was elected to the 11th Parliament on a United Republican Party (URP) in the Jubilee Alliance Coalition in March 2013 and in 2007, he was elected for the same seat on a PNU ticket.

His predecessors to the same Tharaka Constituency are;

In the National Assembly, he is the Chairperson of the Departmental Committee on Lands and Natural Resources and also a member of the Liaison Committee. 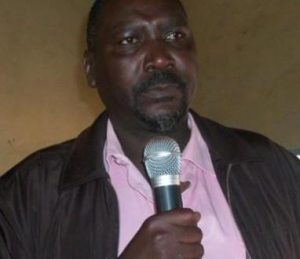 From 2003 – 2007 he was the Principal settlement officer in Ministry of Lands.

In April 2016, Hon. Muiru cautioned politicians against campaigning when invited for school events.