The Government of President Uhuru Kenyatta and his Deputy, William Ruto, has moved to tame explicit s*x programs as well as exploitative religious programs on radio and TVs.

This is after it banned notorious radio and TV talk shows and music programs with s3x content.

In a the new regulations gazetted by the Communication Commission of Kenya titled Programming Code for Free-to-Air Radio and Television Services in Kenya, programs such as that of Maina Kageni and Mwalimu King’ang’i that airs on Classic 105 every morning, Ciku Muiruri’s Busted (exposing cheating spouses) that used to be aired on Classic 105 and Radio Maisha’s Lipa Deni (debt defaulters), are now banned from airing between 5 am and 10 pm. 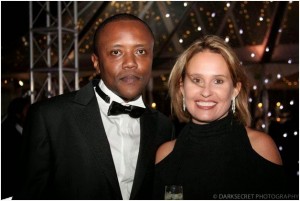 “Telephone calls or interviews must not be aired without informing the other party before hand,” state the new rules.

“Music videos with content that may be harmful to children in terms of lyrics, video images and dressing should be avoided during the watershed period (5am to 10pm) when most children are likely to be watching or listening,” read the new rules.

Journalists, anchors and presenters like former Citizen TV’s Johnson Mwakazi and KTN’s Jeff Koinange, will also not be allowed to do voice overs for commercials when the regulations are fully effected in six months.

The new rules also bans preachers like Victor Kanyari from asking their audience for offerings, commonly known as kupanda mbegu, during their programs.

Even worse, preachers have also been banned from recruiting people to their faith or asking them to get ‘saved’ as they often do at the tail-end of their broadcasts.