James Obuya Smart was brought up by his grandmother, Priscah Atengo in Korogocho slums. The life of hardship and suffering made him realize that one is not poor if one is contented with what he/she has.

James Obuya Smart in 2015 went to Cardiff University in Wales, UK where he pursued his masters degree in International Journalism on a Chevening scholarship.

He has worked for NTV until he left in 2012. He was the brainchild of the popular show in NTV called ‘The Trend’. After he left NTV, Larry Madowo took over, but a lot of credit goes to James for setting the stage, and successfully overcoming initial difficulties.

James Smart narrates about one of the most embarrassing moment of your career as a journalist.
“I was working for NTV at the time and Smirti was my co-host and I had this bout of hiccups. I had done everything from drink water, holding my breath and all that to make them stop. I was meant to be anchoring that night and there was worry that I might not execute the task, but I assured my directors that I was fine. Just when I was about to introduce the news, the hiccups came back. Smriti could not keep it together, she was in stitches. We had to hold off the bulletin for a few minutes.” 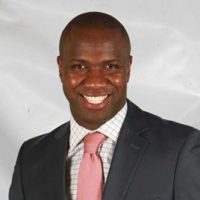 James Smart was raised by his grandmother, Prisca Atengo Smart. Madam Prisca spent the last three years of her life as a baby sitter in the sprawling slums of Korogocho.

James Smart is a husband to Rehema (Remmy) Majala who is a K24 TV Alfajiri show host.  Remmy Majala and Smart are blessed with one handsome boy called Riley Kwamusonzi.