Harrison Kombe full name is Mwalimu Harrison Garama Kombe. He was born in 1956 in Magarini in Kilifi County. He is the MP for Magarini Constituency.

Mwalimu Harrison Garama Kombe started off as an Electrician in 1979 in Lawfords Hotel before joining the teaching career.

Between 1985 and 1986 he was a teacher at Nairobi Technical School before heading to Malindi High School as a teacher in 1987 until 1988.

Mwalimu Harrison Garama Kombe entered politics in 2002 after he was elected to the 9th Parliament to represent Magarini Constituency on a Shirikisho Party ticket. 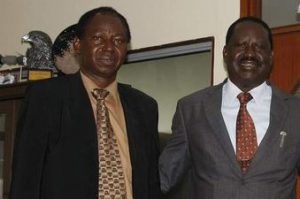 From 2008, he went back to teaching in High School until 2013 when he contested again for the Magarini seat and clinched it on a URP ticket in the Jubilee Coalition. Amason Kingi Jeffah successfully vied for the Kilifi Governor’s seat.

In the National Assembly he is a member of the Catering and Health Club Committee and also a member of Departmental Committee on Education, Research And Technology.

They alleged that they had been forced to pay Sh2,000 to members of the CDF committee in order to access the funds.

They presented a protest memorandum at the CDF offices. Contacted, Magarini MP Harrison Kombe denied any wrong doing and stated that the money was allocated to all students from the constituency.

Mr Kombe said this year’s allocation was given to students pursuing medical studies and those in tertiary institutions. He said Pwani University received financial aid in the last financial year.

Hon. Kombe told the former Prime Minister that Jubilee regime has not done anything for his people and his defection is as a result of the grievances his constituents feel cannot be resolved under Jubilee regime.