Prominent city businessman, Jacob Juma accused Alice Nganga and Isaac Lenaola accused of an affair. Jacob Juma was among millions of CORD supporters who were aggrieved by Justice Lenaola’s ruling after he barred CORD principals and supporters from demonstrating against the Independent Electoral and Boundaries Commission (IEBC).

Following Friday’s ruling, CORD followers led by Juma started questioning the integrity and conduct of Justice Lenaola who is one of those judges lined up to replace Chief Justice, Dr Willy Mutunga, when he retires in June. 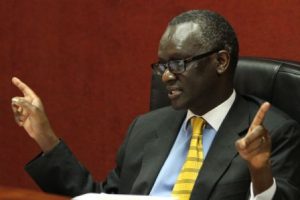 In a shocking revelation, Jacob Juma revealed that Justice Lenaola favoured Jubilee Alliance in the ruling because he ‘warms the bed’ of Thika Town MP, Alice Ng’ang’a, who is a single mother and a patented husband snatcher.

Hon. Alice Nganga should tell Kenyans what her relationship with Justice Lenaola is. Integrity demands that a judge upholds morals,” Juma said.

“Hon. Alice Nganga should also tell Kenyans what her relationship with the suspended General Manager of National Irrigation Board, Barasa is,” Juma added. 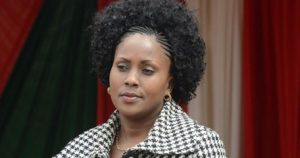